Have you ever tried to sit down and come up with a good idea?

After long, painful hours you still have a blank sheet of paper. Not a single good idea written down. Sound familiar?

I think we've all been there. If you've ever been a student you know exactly what I mean. 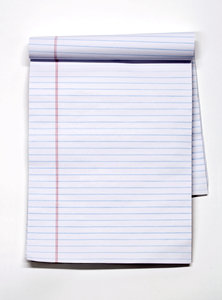 The craziest part is that during those excruciatingly long minutes, you probably weren't even thinking of ideas the whole time. An idea comes into your mind, you consider it, decide it's not the one and then you try to think of something else.

But then you get distracted.

You'd be appalled how much time distractions take out of the process when you do “brainstorming” this way.

I've been in this situation many, many times, and I finally realized something that totally changed the way I approach creative thinking:

It sounds crazy, but I'm about to convince you it's true ;)

Being prolific when you're brainstorming is absolutely key to finding good ideas.

In part, because as humans, we're not very good at focusing our thoughts when the rest of our body is idle. But also because we're notoriously bad at identifying which ideas are good, and which ones aren't.

The trick is to accept failure from the start.

Most of your ideas will suck, but that's fine. Just write them all down. Every. Single. Stinking. Idea.

Obviously this exercise leaves you with a list of dozens of ideas which you now have to vet, but (and here's a third reason to do it my way):

Vetting ideas and coming up with ideas are different frames of mind.

So how do you vet all these ideas?

Well, I thought about this for a while and the answer is really: "it depends" as it always seems to be (nod to startups for the rest of us).

But in most cases (all?) you are well served by soliciting opinions from others.

If it's artwork, show it to people with good taste.

If it's a business idea, show it to some would-be customers.

If it's a blog post… well if it's a blog post quit loafing and just post it ;) Your loyal readers are step 1 in vetting the content. When something seems to resonate with them, *that's* when you go all-out and try to promote it.

I started doing this sort of thing a lot.

At first I was just keeping hand written lists of people's feedback. Then it was excel spreadsheets.

I was really just collecting anecdotes – I'd ask 3 people here, 5 people there – sometimes that's good enough. It's certainly a good place to start.

As I continued my education I learned about statistical significance, and other fun things and the urge to make these decisions based on (more) data resurged.

I was an economics student, and a closet hacker.

There are a lot of ways to gather data, but I didn't use any of them. I did want any naïve hacker would: I built myself a tool that took all these unwashed ideas and ranked them.

Essentially, you put in a question, and 20 images and it shows people 2 at a time until they've gone through all of them. 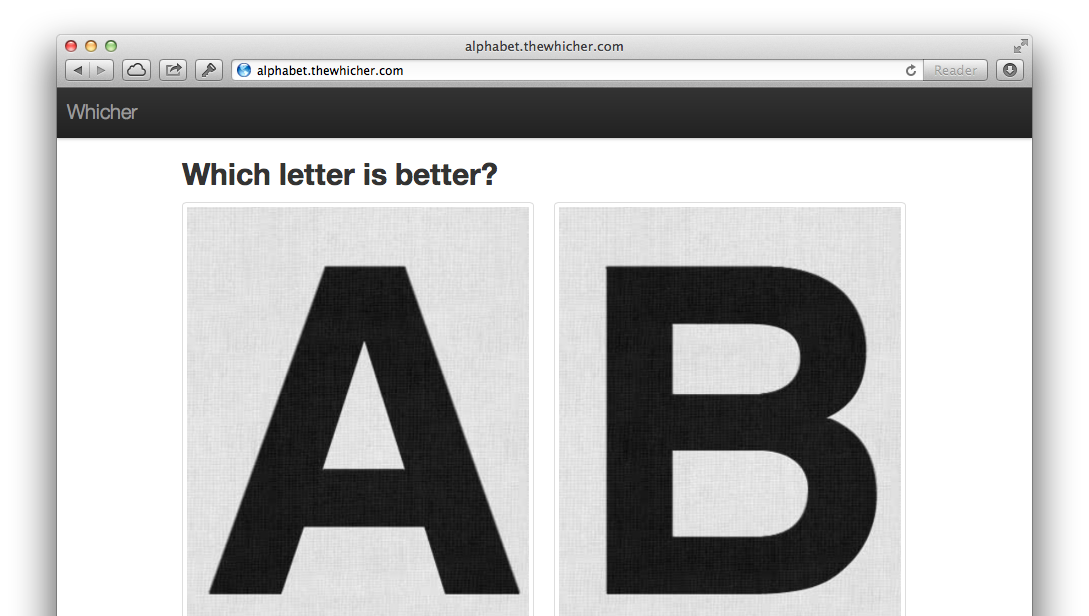 You're probably wondering at this point, "why not just ask people to rank the ideas instead of this convoluted tournament thing?"

That was my first plan.

My band was making a CD. There were 6 of us which meant lots of arguments about how much violin should be in the chorus of song X, and whether or not it was a good idea to cover songs our friends had written.

One day we're all sitting around in the "Recording Studio" (e.g., my parent's formal living room) trying to pick which 10 of our 30ish songs deserved to be included in the album.

We took ourselves very seriously. Don't laugh, this is important.

So Matt (drummer) proposes that we all make a top 10 list and then we'll all compare. 10 minutes of scribbling, crossing out, eraser dust, new sheets of paper, and general kindergarden activity ensues.

When Matt read my list his reaction was, "really? you like Song A more than Song B?". And answer was, "No." I didn't.

That's the funny thing about rankings. You can get circular logic: Song A beats Song B, Song B beats Song C, but Song C beats Song A.

In other words, lots of rankings aren't necessarily transitive. A brief aside: Phil Haack wrote a fascinating article about this in regards to political elections.

Our (again, suboptimal) human brains end up performing the ranking process as a series of X vs Y choices anyway.

“Do I like this song more than that one, and less then the one above it? Perfect. I'll just slip it in there.”

And it occurred to me,

why don't we just simplify the whole thing to just A vs B choices?

My hacker brain took off from there.

In fact it's not just simpler, but now we can get useful data even if the person don't make a choice about every song.

And besides, who are we do choose? We should ask THE FANS.

So here we are… in the present day. I didn't actually build the tool because I was too busy economics-ing or whatever.

I think we voted on which songs to put on the album. yay irony!

But I did eventually build this thing.

I'm still working on it, but you can check out theWhicher.com.

Also, there's a little more history to the story, which you can read on the Whicher's About Page.

But really, seriously, in conclusion: Stop doing it the hard way

Please consider brainstorming without any fear of failure; in fact, do it for me. Plan on coming up with swaths of bad ideas.

It's a good idea.

And you'll have plenty of time to vet them afterward ;)