Learning a language is a Good Idea. It makes you smarter, more creative, and empathetic, and more likely to recover from a stroke. Thinking it’s good idea doesn’t make it easy. The payoff is too far off, too abstract.

Recently though, I’ve been making some headway after giving up lots of times in the past. Some observations:

Learning a language because it’ll be “useful” probably won’t work out.
If you haven’t encountered any Chinese in the last 20 years, odds are you won’t in the next 20 years either. Any language is worth knowing, but, like exercise, most people run out of motivation before reaching their goals.

My advice? Pick one you have a personal reason for. I have Spanish-speaking family (including my wife), Mexico is right next door, and there’s Spanish language TV here in New York.

Duolingo is amazing.
If you’re not using Duolingo, you’re missing out.

Entertainment: You can trick yourself into learning.
Spanish tech news on twitter and RSS make it easier to practice every day without it feeling like work. I also picked up some translated graphic novels. Comics, graphic novels, and manga make it much easier to get the gist of the story without struggling too much. There are also “side-by-side” readers which have the same text in two langauges – English on the left, Spanish on the right.

Be careful of things that are too difficult for you. Feeling like you’re in over your head makes it hard to stay focused and it’s demoralizing.

TV and Movies are a siren song.
At least early on; I’m still not able to keep up. They seem like a great way to practice, but the pace is too fast and there are a lot of idioms.

Traditional methods don’t work (for me).
Stuff like Rosetta Stone, “Learn Spanish” books, podcasts, etc bore me to death. Motivation is as important as the information and exercises. You definitely won’t learn the language if you quit. And “I’ll know Spanish if I do this hard-ass work,” is not enough on it’s own.

Visiting Mexico was a huge motivator.
Really. Nothing makes me want grind through Spanish lessons like being surrounded by native speakers.

You can fly to Cancun for just over $150 each way on Jet Blue: 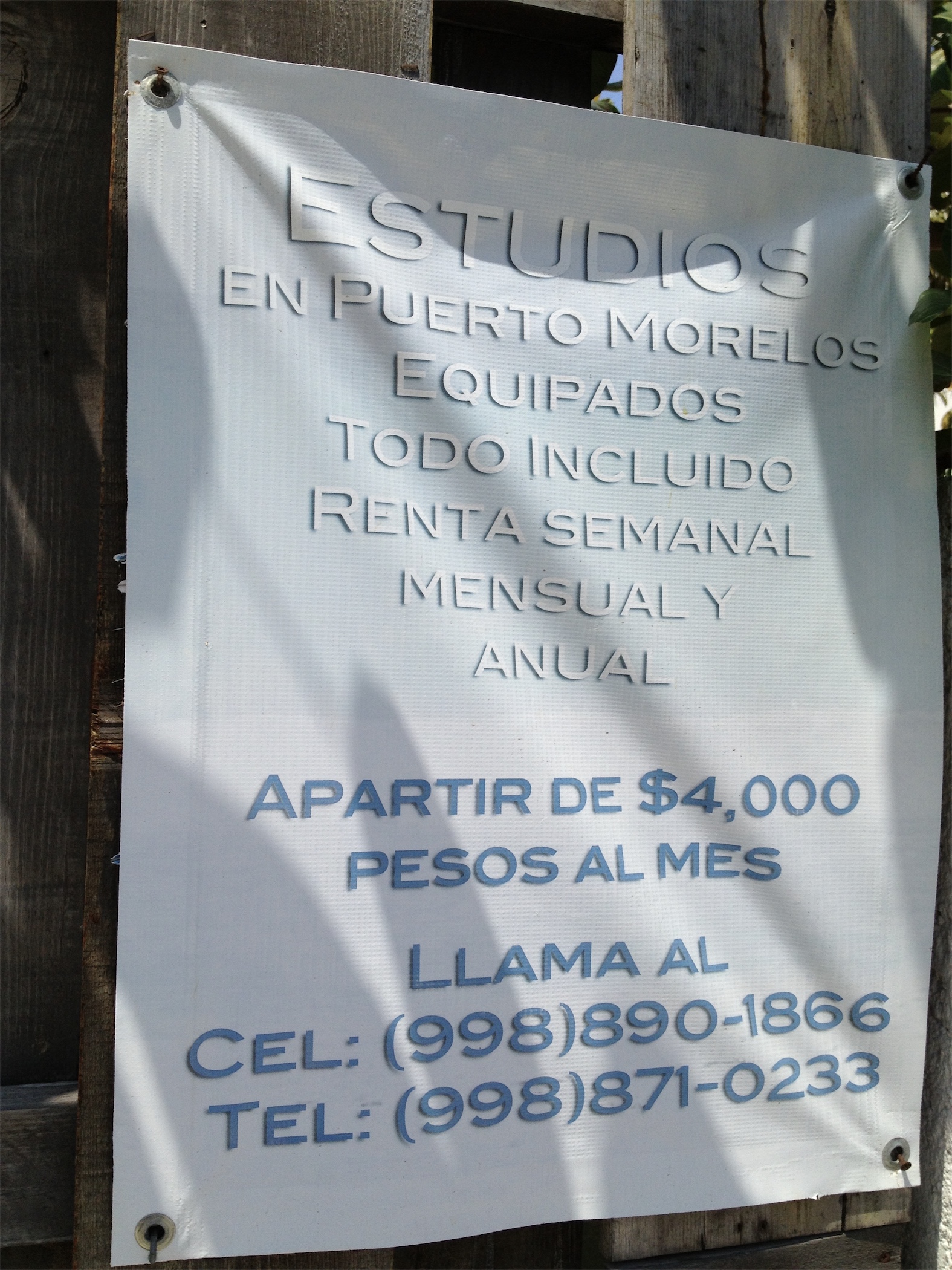 note: I haven’t done that, I just took that photo of the apartment listing when I was in Cancun a few years ago.

That’s all I’ve got for now. Wish me luck!